Teddy sold baked goods (with help from Mom and Big Brother Joe) to raise money for the SPCA on April 22; lots of current and former members of the dojo came by for the yummy snacks!… 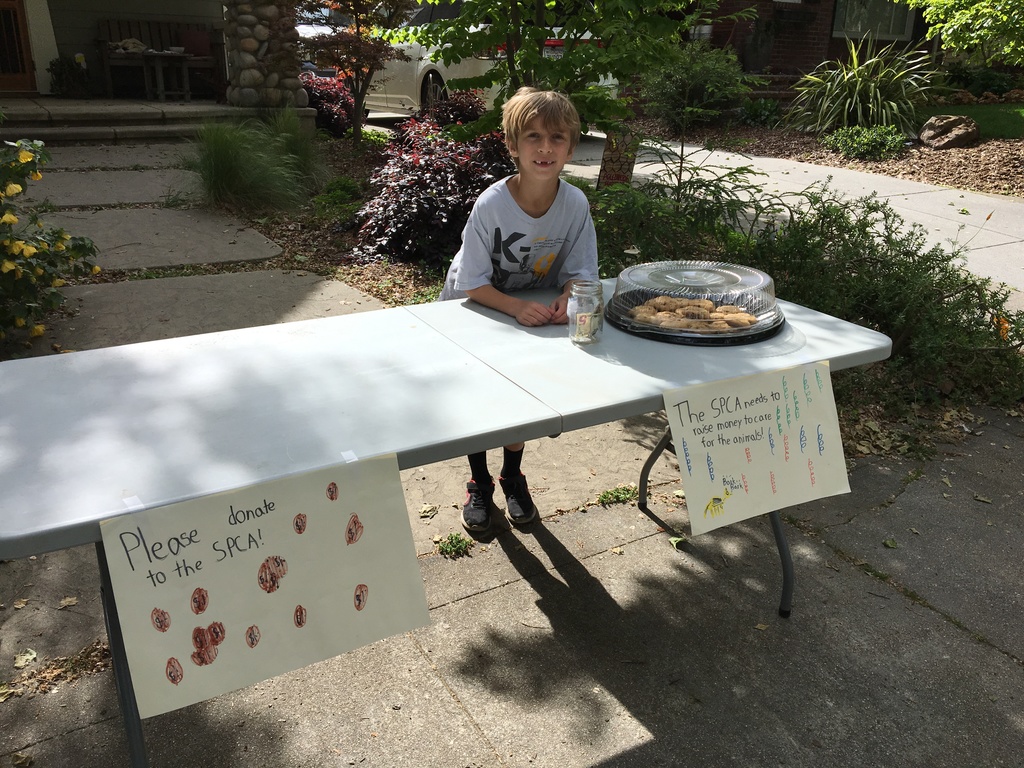 Nearing the end of my project and I am about order two trauma belt kits. I cant wait to hand them to a police officer.

It's been a while since I've written one of these. Six weeks, actually. But that doesn't mean I haven't been practicing kata and continuing to exercise and actively find time for meditation. Today, while I was carrying groceries home, I realized just how much of my life karate involves itself in.

At some point a while ago Sensei and I learned a self defense from our friend Sensei Deboard. It involved a block similar to number ten upper body basic, but instead of the talk on…

My name is Tyson and I wanted to help animals for my Tiny Tiger's service project. My dad took me to Front Street Animal Shelter where I saw lots of pets and the worker gave us a list of things they wanted donated.

My mom and I created a flyer and knocked on our neighbors doors to collect donations. We collected blankets, toys, dog and cat food, treats, baby wipes, heating pads and other stuff the shelter needed. Then we dropped it off at the shelter. We said hi to all of…

California Here we Are!

This morning, we finally arrived at California after a 15 hour drive.  The drive was sooo long!  But now we're here visiting!  Now we can see you all again, back at karate.  My Dad and I look forward to training with you guys over the next few weeks.  Our first day back at the dojo will be tomorrow, since we are too tired from our drive for today.

For 6 weeks, my Dad and I have been working on our brown belt project.  We decided to do something that we could work on together.  Something that will prepare us for our brown-belt test, and keep our cardio up.  We decided to do a personal project.  My mom has helped us come up with a six-week long work out routine to prepare my Dad and I for our test in Sacramento.  We do a long run in the morning, our work out routine in the afternoon, spar, practice kata,…

Week two, how do you do?

Last week I did something I’ve never done before; I filmed myself practicing kata. Years ago when Sensei and I would find tournaments to go to so we could test ourselves against other martial artists, once or twice there may have been a recording. They would be done with a camera that was small enough to no longer be confused for an amateur news camera operator, but still big enough to be a commitment. Now a days I’m not even sure how one would get copies of the weird sized tape it used into…

Last week I started doing something I haven't done in over ten years; I practiced kata. Years ago I gave myself to Isshinryu. Mike and I trained all the time. We went to class three days a week at first, then four, then as many as six classes a week if we came to a morning and evening class on the same day after asking permission. Somewhere along the line, though, something happened. Other things crept into my life that slowly began to eclipse karate, and a time of turmoil arose. Mike held…

Carrying Karate with Me Through the Journey

Karate is really important to me and it is something I never want to let go of. Being away from the Dojo and having to train long distance is challenging.  On Skype, it's harder to see certain things and you don't get clear view everything.  I can't spar with anyone else than my Dad, so that makes sparring feel different.  In the Dojo, you get to spar different people every time, and you a different variety of what to do, against different speeds of what people use.  Practicing kata and…

Carrying Karate with Me Through the Journey

Karate is really important to me and it is something I never want to let go of. Being away from the Dojo and having to train long distance is challenging.  On Skype, it's harder to see certain things and you don't get clear view everything.  I can't spar with anyone else than my Dad, so that makes sparring feel different.  In the Dojo, you get to spar different people every time, and you a different variety of what to do, against different speeds of what people use.  Practicing kata and…

Teddy Bogdan invites you to a river cleanup and nature walk at Sutter's Landing, this Sunday, April 3rd at 9:00 am.

To join him, take 28th street in Midtown towards B Street. Go over the railroad tracks until the road dead-ends by the skateboard park.  We'll be meeting at a kiosk at the end of the parking lot closest to the river. Please RSVP to kwenbogdan@comcast.net or by text/phone to Wendy Bogdan at…

Hi, I'm Troy Beard and I am 6 years old. My tiny tiger project that I came up with is to help kids like me. I was in the pediatric ICU when I was two years old after having surgery for a brain tumor. I remember how toys and movies helped me feel better and gave me something to do when I was healing from my surgeries.
Operation Helping Hospitals is something I came up with to help get donations for kids at kaisers PICU where I spent a lot of time when I was two. I called kaiser and asked… Continue

My first journal entry is an attempt to capture some perspective from the far end of the line while it is new to me- along with everything else at the dojo.

My only belt concern is learning to tie the knot correctly.  My hands are full simply learning to make a fist.  Actually, my whole body is challenged to acquire new, basic skills which is daunting but exhilarating.  Conditioning wise, I am most preoccupied with flexibility and core strength which have always…

The Mind Under Stress - The Three Parts of the Brain

As martial artists, we often go through life and its trials and tribulations without ever putting much thought into how our brain and mind confront and deal with the challenges that we face. There is value in learning how the brain works, particularly how it works under stress.

Stressful situations can range from a child forgetting to do his homework to an adult's all out defense of self. The brain functions, for most of us, the same way no matter what the source of perceived or real…

Compassion, comradery and caring; three words I have chosen as practiced principles for my green belt project.  As many of you may already know, I am a burn victim from a car accident that occurred over 25 years ago, when I was only 21 years old.  Burns are horribly painful and when they are extensive on one’s body, they are highly life threatening, cause disfigurement and scars, and inflict both physical and mental pain that is indescribable.

I was fortunate that a man named Dr. Ken… 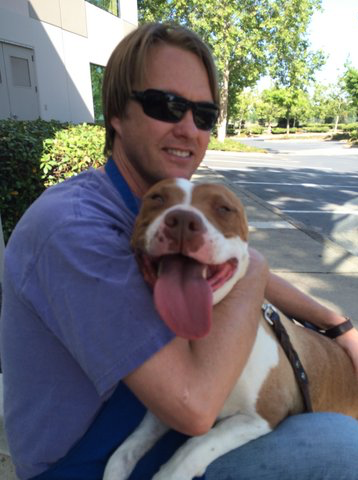 For my greenbelt service project I dedicated my time to PB SOC, a non-profit located here in Sacramento. PB SOC, which stands for Pit Bull Socialization and Obedience Crew is dedicated to rehabilitating and finding homes for adoptable pit bulls. This organization works in partnership with the Sacramento County Animal Shelter, located on Bradshaw Road in Sacramento.…

On Sunday March 1st, I went to the visit the Central California Labrador Rescue at Home Depot out in Folsom. This is for my black belt project; it is a requirement for me to help others.

I met the workers, who volunteer their time, and some of their dogs for adoption. The dogs there were happy because they might get a new home. While there I saw some families adopt two dogs.  They looked very happy to have a new home.

What a Black Belt Means to Me

I never pondered the idea of getting a black belt until recently. When I started karate at 7 years old it was a distant idea. I didn’t think of it as something I would never accomplish, I just never thought of it.  It was so far away so what was the point?

Over the 5 and ½ years since I started karate I’ve had so much support. My family has walked with me side by side in my journey. The black belt wouldn’t mean as much as it does to me…

Staff of Hope - In the Making

I reached my goal this week of $250 for Wind Youth Services.

Made around 20 Staff's. Thanks to everyone that ordered and donated.

For those that ordered a Staff, I'll them in the box at the Dojo next week with your name on it.

Here are a few pictures of the Staff's in the making.…