Wow! Our classes are really growing. I've been teaching the martial
arts for a long time and can honestly say that our school has some of
the best people in it. You make it a pleasure to come to class
everyday. Starting Tuesday, May 4th, I will be able to teach an additional set of classes on Thursdays!

As you can see on the schedule, we now have two… Continue

I was intrigued by the verbal judo assignment to identify what makes me angry and to give it a name, know it and own it. Others that know me may think differently but I think it takes a lot to get me angry. It takes more than someone cutting me off on the freeway or a cranky co-worker to impact my day and my emotions.

Our school is integrating an exciting program called Verbal Judo into our classes. It’s a set of tactical communications lessons that goes hand-in-hand with our existing martial arts curriculum.

The goal of Verbal Judo is to redirect negative behavior and reduce conflict through verbal communication. Originally,we taught this methods police officers in the area. The methods are applicable, however, to all ages and all walks of… Continue

How to REALLY Talk to Your Kids About Cyberbullying

Karate Kids Kick the Trash out of Sacramento

On Saturday, a large group of students at our karate school proved that the martial arts are about much more than punching and kicking. Over 20 students and parents joined forces for the Sacramento Creek Week cleanup. We tackled a long stretch of dry creek bed alongside Park Village street near Freeport and 43rd.

The most exciting thing about this project… Continue 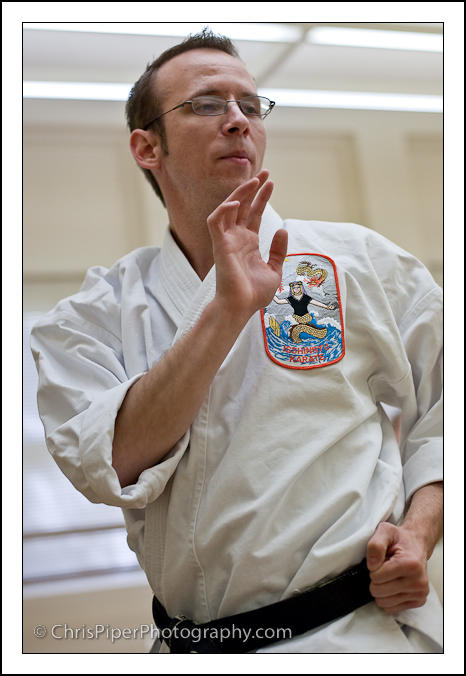 Sensei Mike just announced the next belt ceremony for Mon. May 9 at 6:00 pm. We'll be there and I'll have my camera ready. Since there might be a few more opportunities I'm planning to bring along the lights and have a little portrait area set up. Please feel free to ask for shots of your child after the ceremony. I'd love to have individual shots of all the Little Dragons and I know that Sensei Mike loves to pose too : ) As an added bonus… Continue

For the most part, the situations in life that make me need an anger guard are when dealing with other people in crowded places. First, I am particularly sensitive to people hurrying me, or even perceiving that people are hurrying me in any public situation. Using verbal judo in these instances is helpful insomuch as I can recognize the situation as it arises, and I can politely ask the person if they would like to continue, pass, or whatever the situation might require without having to allow… Continue

Recently Sensei Oliver asked the Little Dragons to complete a worksheet about recognizing and controlling their anger. The sheet asked them to think about what pushes their "hot buttons" and what they could do to recognize, minimize and counter the negative feelings that arise when anger sets in. My daughter listed two items: her little sister tearing her homework and a little boy in her class calling her the wrong name on purpose. To an adult, these issues seem hardly insurmountable. Yet to a… Continue

What I Learned from Girl Scouts 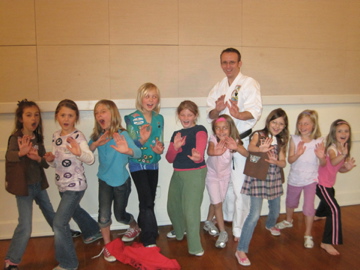 Yes, it's true. I learned something from Girl Scouts last weekend. Let me explain.

I was contacted by a troupe leader recently who was interested in getting her scouts into a short, one-hour self-defense class. I explained what my fee would be (a box of Girl Scout Cookies of course!) and we set a date.

That day at the center, there were quite a few classes going on--the kids hip-hop classes down the hall were rockin'. Another instructor was not happy with the noise… Continue

Bullies are in our Sacramento Schools

Bullying is a big problem in our society. If you are like me, your heart goes out to children that get bullied everyday. Many people have been following the case of Pheobe Prince, a young lady that committed suicide as a result of relentless bullying. But bullying is a problem here in Sacramento as well. This story aired recently on News 10. I found the video to be especially touching. Check it out.…

Last December was my first attempt at shooting the Little Dragons. I got a feel for the class and came away with a few keepers. I think last week's session was much better, I hope to get a few more chances with the kids. It's great practice for me and I hope the parents… Continue

Last week we had an awesome awards ceremony in all three age groups. This was our biggest graduating group yet! In our Little Dragons class we had the pleasure of Chris Piper coming in to take some absolutely beautiful shots of the kids. Chris is a professional photographer and really makes me see the value in having a photographer that knows what they are doing. I used to try and get nice looking shots myself of my classes--not anymore. Chris really captures the moment. It probably helps that… Continue

Home Fire Safety - What does it have to do with Martial Arts?

Self-defense is a big part of the martial arts, but it isn't just about self-defense from people that intend to hurt us. There are many other killers out there, and one of the leading causes of death and injury children in this country are accidents. Just recently, one of our families that train at the dojo had a house fire, and they told me that their son knew exactly what to do. I'm glad that what we are teaching is making a difference. I hope it saves lives.

In our Little Dragon… Continue

Friends and acquaintances often ask me, “How do I choose a martial arts school?” I’m not surprised that this is a frequent question. Most people’s experience and understanding of the martial arts are limited to what they have seen in television and movies. Here are some very basic factors to consider when choosing a place to train for you or your child.