The Mind Under Stress - The Three Parts of the Brain

As martial artists, we often go through life and its trials and tribulations without ever putting much thought into how our brain and mind confront and deal with the challenges that we face. There is value in learning how the brain works, particularly how it works under stress.

Stressful situations can range from a child forgetting to do his homework to an adult's all out defense of self. The brain functions, for most of us, the same way no matter what the source of perceived or real…

The Meaning of Isshinryu 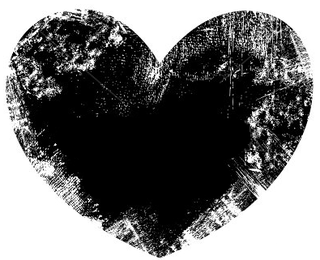 I was recently asked by a student to expound upon the name and meaning of our system of karate, Isshinryu. These thoughts reflect my own understanding of Isshinryu at this point in my short 15 years of training. They are in no way meant to be a universal definition of what Isshinryu means.

The name of our system is Isshinryu Karate-Do. (一心流), which means “One-Heart…

A Humble Thank You, A Gift

As we roll in to 2014, I want to thank everyone who is a part of the dojo, and connected to it in some way, for your support during previous year. This was one for the books for my small family, and I think I aged 10 years in 1, but it would have been an even harder ride without your help and support. We were very humbled by your presence and love--from cards and letters to gifts and groceries during our 4 month hospital stay--even to offering up your homes for us to be able to stay close to…

But I Don't Have a Sensei 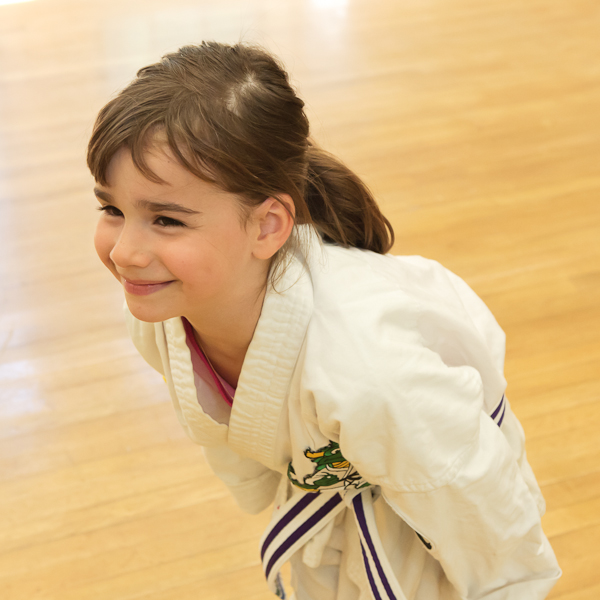 After a recent class, a mom of one of our young students came up to me and asked to share a success story about her child. As teachers, if we are doing our job well, we will often hear stories about children taking what they learn in the dojo and out in to the world. Sometimes it manifests itself as more respect at home, or as better focus on school. This story however, was…

Memories of my Brown Belt Test

A student recently asked me what my most memorable training memory is. I have many, from achievements that I have been proud of to obstacles I've overcome. One of them that comes to mind now, is my brown-belt test.

At the time that I was getting ready for brown-belt, I was training mostly with Sensei Phillip Debord at the Robertson Community Center near Natomas. The city didn't have us on a very fixed schedule, so depending on the day, we would be training in different rooms at the…

By: Special to Gold Country News

It may be cold on Saturday but the degrees will be high at Joslin’s Martial Arts Center annual awards banquet, where they…

I've been researching the recent upsurge in armed robberies in Downtown Sacramento over the past two weekends. I wanted to share what I've learned with everyone associated with our dojo.

There are some common themes in the nature of the robbery and in the chosen victims. Most, but not all, of the robberies are targeting female…

Talking to Children About the School Shooting

From Susan Stiffelman at the Huffington Post (original article)
What can you say when there are now words?
We are all reeling today in the aftermath of the school shootings in Connecticut. I, for one, feel leveled and heartbroken; it is impossible to imagine the impact on the families who lost children, those…
Continue

A Cup of Tea

I first heard this story from Kyoshi Joslin. It is a very common Zen story and it is often told in class. There is value in emptying our cup, both in the dojo and out.

A Cup of Tea

Nan-in, a Japanese master during the Meiji era (1868-1912), received a university professor who came to inquire about Zen.

Nan-in served tea. He poured his visitor’s cup full, and then kept on pouring.

The professor watched the overflow until he no longer could…

This list of project ideas come from Gary Engels (of Projabi.com).

1. Gather 10 friends and record 10 random acts of kindness each (that’s 100 acts of kindness!)
2. Organize a Food Drive for your local Food Pantry
3. Volunteer Time with a few friends in a concession stand to raise money for a good cause.
4. Make a gift (group effort) for the secretary of a non-profit organization you are associated with.
5. Gather some…

Hello my name is Grace Cwynar, I am a student at Zen Martial Arts. I am a green belt candidate in the Advanced Junior class and have chosen to help the children at Shriner’s Hospital for my community service project.

Often time’s children have to wait long periods of time while in the Burn Unit waiting room at Shriners Hospital. I would like to provide decorated shoe boxes filled with fun things the kids can play with while waiting.

I am collecting shoe boxes filled with…

Brain scans have revealed distinctive features in the brain structure of karate experts, which could be linked to their ability to punch powerfully from close range. Researchers from Imperial College London and UCL (University College London) found that differences in…

I was recently asked to share my thoughts about the movie "Bully" in a Land Park News interview. The following article is in the April 5th, 2012 issue of Land Park News. You can also download a PDF of the complete issue.

Our efforts in Alabama were recently spotlighted in the Inside the City and Inside East Sacramento magazines. You can view the complete April issue over at Inside Publications or download the PDF. Thank…

I'm sitting here on a Southwest flight heading into Birmingham next to Ms. Scott and Mr. Hadlock. We're on our way to help out the HALE organization in whatever ways they need--likely building and restoring old homes and structures for those in need within the community. For the next few days, this remote county of Alabama is my dojo. This is my training. It is my practice. And just like I would analyze my practice of yesterday's bag work or kata repetition, right now I am analyzing and… Continue

Out of the Dojo Into the World: Project Guide Download

I made this 7-page guide to help students and families that are working on leadership and community projects. It's designed to walk you through a project from start to finish. It also describes how a student can earn star patches to put on their karate uniforms by successfully documenting their project.

I wish that someone had given me a guide like this when I was a child to help with planning all of those school projects. My wish is that students find this guide useful for any…

Core Philosophies of our School

Recently, I have been directing weekly lessons to all of the assistant instructors at the school--things that we can all work on as teachers to make us better, our classes more engaging, and our dojo stronger. This is much like the training that my teachers, gave me. I thought I would share a recent lesson with the entire dojo to give you an idea of the kinds of things my "staff" of volunteers and I are working on:

Kaylee, a young student at our school, was recently featured in the latest newsletter for the Down Syndrome Information Alliance. The article is below, and discusses the work that she did. 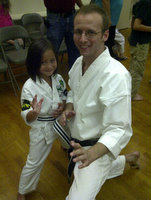